Consumers are up to three times more likely to purchase brands that were in their initial consideration set for a purchase versus brands that were not. Check out three truths about how consumers make purchase decisions that shows research directly related to this.

In other words, brand awareness does, indeed, matter in the consumer purchase decision making process. It also begs the question, how can you raise the awareness of your brand to enhance the chances that you are included in that consideration set? This issue is particularly relevant if your brand is not well known and you have limited budgets. Fortunately, there are three low cost strategy options that can help.

Neophobia and the Role of Brand Preference

First, however, we need to understand the core of the problem. Humans like may animals, have an innate resistance, even fear, of change and new things. We prefer comfortable and established routines. Animal behaviorists call this phenomenon neophobia, avoidance of the “new.”

For consumers, neophobia manifests itself as a preference for established and recognized brands. The neophobic response can be powerful and can result in consumers preferring a recognized brand even if it has clear shortcomings versus other competitive product offerings.

For example, consumers in a recent study believed that airlines whose names they recognized were safer than unrecognized carriers. On the whole, this belief persisted even after participants learned that the known airlines had poor reputations, poor safety records, and were based in undeveloped countries. In other words, a lack of recognition had a more powerful influence over consumers than three simultaneous, data supported risk factors.

In another example, laboratory controlled taste test respondents preferred an unrecognized brand of peanut butter only 20% of the time even though the product was chosen to be better tasting in blind tests. Conversely, they liked a worse tasting product 73% of the time when they thought it was a recognized brand.

In 1975 Pepsi famously took on a similar consumer bias for Coca-Cola years ago when they ran the very successful “Pepsi Challenge” campaign showing that most consumers preferred the taste of Pepsi over Coke in national blind taste tests, oftentimes to the shock and disbelief of many participants when the true brand identities of the products was revealed. In this case those participants were convinced in their own minds that Coca-Cola was a better tasting product.

As a general rule, if you assume that when customers have a choice between a known quantity (brand) and an unknown quantity they will take the one they know, even if there’s something wrong with it—you’ll be surprisingly accurate in predicting their choices.

Neophobia is certainly understandable. It saves people time and effort in the decision-making process. Moreover, it often reduces risk because much of the time, this approach to decision-making works.

Well-known brands are often popular for a good reason – their inherent high quality. But neophobia makes life difficult for relatively unknown brands—that is to say the majority of brands on the market today. Recognized brands do tend to perform well in the marketplace even if they don’t fully meet customers’ needs, while unrecognized brands never even get tried/sampled by consumers.

It is possible to alleviate the effects of neophobia, however. Here are three proven strategies marketers and sales personnel can use without spending millions of dollars and attempting to dominate the share-of-voice in the marketplace.

It has been shown that if people make choices when they are under time pressure, they are more likely to favor recognized alternatives. If you want customers to choose your relatively unknown brand, don’t force them to respond quickly.

In a business-to-consumer selling situation try to position unfamiliar products in store “havens”, either physical or online, where potential buyers have time to stop, learn more about the brand, and compare benefits and features.

In a business-to-business setting, engage early and often in the sales process. Corporate buyers have a particular bias to going with the longstanding, established, and well recognized option because the inherent career risk of selecting a new, unknown vendor can be significant.

Remember the cliché “No one ever got fired for choosing IBM.” The better a corporate buyer knows you and your brand/product – the less likely you will be eliminated from consideration due to a relative lack of recognition.

It’s wise to list the benefits and features of an unrecognized brand side by side with those of the more familiar competition. Introducing “data or fact based” factors during the decision process helps to level the playing field in buying situations where multiple brand/product options exist.

When customers can easily compare benefits and features from among various brand/product options, they rely less on brand familiarity to make their buying decisions. When they can’t make direct comparisons, though, they’re more likely to fall back to brand familiarity and overall brand recognition.

What’s the name of the 54th American to be launched into space? Many will remember that Alan Shepard was the first American in space, but the 54th?

In business, when you present a customer with an unfamiliar or new brand/product in a category full of familiar offerings, recognition will kick in, to your product’s ultimate disadvantage. The solution is often to redefine the category is such a way that lack of brand/product awareness or familiarity is not a disadvantage.

Jack Trout and Al Ries posited as much in their best-selling book “The 22 Immutable Laws of Marketing”. Per their Law of Category – if you can’t be first in a category set up a new category you can be first in.

When Apple introduced they iPad they could have positioned it as a smaller, lighter netbook computer. It would have been another entry into an already crowded field competing against well-known brands like HP, Dell, Acer, etc.  Instead, they created a whole new category – the tablet – in which they were able to achieve almost immediate brand recognition and product leadership that they still hold today.

Redefining a category can eliminate, or at least reduce, the inherent familiar brand recognition bias that exists in current categories.

By contrast, managers can artfully use time, direct comparisons, and category framing to raise brand profile… at little or no direct cost. 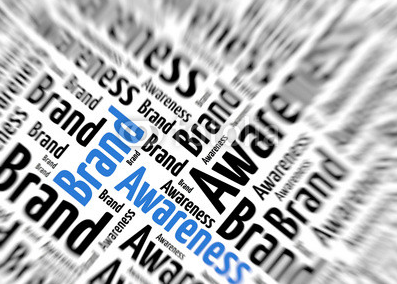