Saying that the speed of business has accelerated is a gross understatement. Companies and brands that were not even in existence less than twenty-five years ago, today are dominant players including Amazon (1994), Google  (1998), the iPod (2001), and iTunes (2001).

Today, Amazon is the world’s largest online retailer.  iTunes is the the most popular music vendor in world. There have been over 240 million iPhones sold to date.

Google’s Android platform accounts for over 50% of the smartphone market. Facebook has a reported 1 billion users. Twitter reports over 500 million active users.  Within 90 days of release, the iPad had penetrated over 50% of Fortune 100 companies.

These aggressive insurgents have displaced former incumbents who were slow to adapt to a faster and more competitive environment.

Nokia was the world’s largest vendor of mobile phones from 1998 to 2012. In 2007, it accounted for 40% of all global mobile phone sales. Over the past five years, however, its market share declined dropping to 27% by 2011. This was the direct result of the growing use of smartphones from competitors, primarily the iPhone and devices running Google’s Android platform.

In June of 2012, Moody’s downgraded Nokia’s rating to junk status at which time Nokia’s CEO admitted that the company’s inability to foresee rapid changes in the mobile phone industry was one of the major reasons for the company’s problems.

Then there’s Blackberry.  Just three years ago, before the introduction of the iPhone and Android,  it controlled 50% of the smartphone market.  Today, it is trying to cling to the 5% it has left.   In June of 2012, BlackBerry-maker Research In Motion posted a $518 million quarterly loss and said it would lay off 5,000 workers in a cost-saving measure.  It also announced that the release of its much-needed, long-awaited BlackBerry 10 platform and its new smartphones would be delayed again until early 2013. This has resulted in loyal Blackberry users abandoning the brand in record numbers.

Both Nokia and Blackberry, as others, have learned the hard way that today’s hyper-competitive playing field shows no mercy to those who hesitate or procrastinate. The marketplace is a tyranny of the urgent where choices proliferate, customer preference is perishable and opportunities are fleeting.  It’s an environment where aggressive competitors are relentlessly on the offense putting their competitors hopelessly on the defense.

The lesson is clear. Today, a company must be smarter and faster to successfully compete which requires precision and teamwork.

Stratactix is the morphing of strategy and tactics. It is designed to compress the time between planning, execution, and results. Reducing the gap between ambition and achievement creates competitive advantage over slower and less agile competitors.

Like the no-huddle in football, Stratactix is not about just doing things faster.  It’s a disciplined formula:  speed + smarts + precision + teamwork. Speed is a blend of acceleration, agility and athleticism – the ability to do things quickly; the flexibility to make course corrections and the stamina to persevere.

Smarts is gathering the right information that can be distilled into actionable intelligence that generates exploitable insights.

Precision is efficient, effective, and timely execution.  It’s doing the right things in the right way for the right results.

Teamwork is the collaboration of ideas, the cooperation of disciplines, and the conviction of the participants towards a common objective.

“It is not the strongest or the most intelligent who will survive but  those who can best manage change.”   ― Charles Darwin

Stratactix is not about “survival of the fastest”.  It’s  about “survival of the quickest”.  There is an important distinction. Quickness is a critical competency; while hurrying is a sign of desperation that can lead to poor outcomes such as false starts, mistakes, and miscommunication. Quickness is an asset; hurrying is a liability. In other words, it matters less that a company is the biggest, the strongest, the newest or the oldest if it’s not the quickest to either exploit an opportunity or thwart a threat.

Stratactix makes a business quicker by making it better prepared, better organized, and more agile to succeed in an accelerated business environment.  As the speed of business increases, many organizations suffer from an increasingly lower propensity to adapt.  This is known as organizational inertia and is a threat to growth. As the speed of business increases, on the other hand, stratactical companies relentlessly improve their propensity to act. This is organizational adaptation.

The difference between the two scenarios is where competitive advantage lies. This is the primary objective of Stratactix.  As competitors struggle to cope with a faster business environment, a stratactical company adapts quickly with the purpose of achieving and relentlessly improving its advantage.

This is the no-huddle offense for business. While others slowly deliberate, stratactical companies are quickly deliberate.

To do this, it first determines the end goal and then works in reverse to determine the most expeditious path to follow. It distinguishes the pertinent from the arbitrary; purges the redundant from the necessary and challenges the accepted status quo.

Stratactix must pervade the entire culture of how a business operates – from the front line to the boardroom.

Stratactix is a philosophy that believes that the best offense is a quick, smart, and relentless offense with an obsession for timely results. 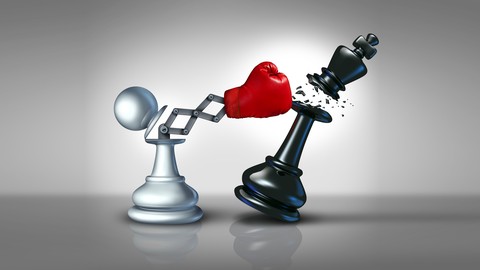