“If winning isn’t everything, why do they keep score?”  –  Vince Lombardi

While others invest significant time and resources huddling in internal meetings, insurgents invest their time chasing revenue. While others deliberate, insurgents are deliberate. They understand no points are scored in the huddle.

It may be obvious, but it needs to be said – there is no revenue until somebody buys something. This can only happen today or tomorrow, but never yesterday. This should create urgency in any company because opportunities are perishable.

In football, an offense is only concerned with the score and the game clock.  They are focused on scoring more points than the other team before the clock runs out.

Stratactical companies are revenue-centric but smart in the approach.  They share several basic characteristics.

1)  They know the score during the game.

Imagine you were bowling and someone hung a sheet between you and the pins.  You bowl; see the ball disappear under the sheet; and hear the sound of pins falling.  You are told afterwards that you knocked down three pins.  Chances are you would have had a better result if someone had removed the sheet.

The same applies to business.  A company analyzes performance at the end of a fiscal period – by week, by month, by quarter.  This is too late to affect the outcome.  In a stratactical company, people know the score while there is still time to influence the end result.

2)   They understand that numbers don’t lie, but they may mislead.

“There are three kinds of lies.  Lies, damned lies, and statistics.”  –  Mark Twain

Sometimes numbers don’t tell the whole story. They lack context and lose sight of the bigger picture which can lead to fateful decisions.  Stratactical companies are contextual and seek to view numbers from more unique perspectives than their competitors.

Sales, for example, sometimes don’t tell the whole story.  For example, let’s say a fast food chain is analyzing performance at its units. It notices sales are declining at several restaurants on what should be peak business days.  It decides to implement a promotional menu to increase demand. The promotion, they learn, actually has the opposite effect – sales decline even further.  They eventually discover that the problem was never demand.  The problem was that the restaurant was historically short-staffed during peak periods and frustrated customers went elsewhere. The promotion exacerbated the short-staffing problem turning away and frustrating even more customers.  The result was a more precipitous decline in business.

3)  They first sell to the base and then market to the potential.

Lessons can be learned from the politics. In an election, a political party understands that its base will strongly support its candidate.  It also understands that there are people in the party that are vulnerable to switching – soft support that they need to shore up.  Then there are the independents.  These have no affinity to any party and, generally, are the segment that sways elections.

Campaign resources should be expended less towards their base, but more towards shoring up the soft support, wooing independents, and poaching soft supporters of the other party. The same approach is relevant for business.

Stratactical companies understand that, like the political example, those with a strong preference for your brand are the least likely to defect to competitors and the most likely to buy your products and services.  Those with a soft preference for your brand, on the other hand, are vulnerable to competitive offerings. The neutrals are the equivalent of the political independents. They are the classic comparison shoppers and switch brands frequently. It is also clear that stratactical companies understand the Law of Diminishing Returns referring to the fact that the stronger the brand preference, the higher the acquisition costs to the point that the return on investment will eventually become negative as the following chart demonstrates.

4)   Pricing is a dynamic discipline.

Not all revenue is created equal. This is due to many factors. First, the technology has shifted power from the seller to the buyer.  Consumers have many online and mobile tools to comparison shop whether it be cars, travel, consumer electronics, clothing, etc.  Second, social networking has allowed consumers to refer and share information on products and services. Third, there has been a proliferation of e-couponing and mobile couponing to create trial. Finally, there are countless loyalty programs to reward repeat patronage.

The shift of power to the buyer has had a dramatic impact on pricing.  Few customers today pay the suggested retail price for anything.  The retail price is something that is discounted from rather than what a customer pays.  Of course, there are exceptions.  WalMart has “everyday low prices”.  Southwest is considered the country’s low cost carrier. Some companies will guarantee to “meet anyone’s lowest price”.  These, however, are the exceptions rather than the rule.

Pricing, today, is a dynamic and complex discipline. As a result, many companies and industries have employed sophisticated pricing strategies to optimize revenue.  It’s called yield management.

A good example is the airline industry.  Based on projected supply and demand, airlines create a dynamic fare structure to optimize revenue.  They allocate these fares, per flight, in “fare buckets”.  Once a bucket is sold out, the airline can either add seats at that fare, close out the fare or steer demand to incrementally higher buckets.  Fare changes are made countless of thousands times a day to optimize the revenue per flight.

Stratactical companies are those with dynamic pricing disciplines.  They understand that that their pricing must not be ad hoc based on competitors’ offerings, but rather a more sophisticated approach based on dynamic market conditions.

5) They understand that promotions are a tactic, not a strategy.

Promotions are discounted or incentivized offers for a specific period of time. Many companies, however, do not use promotions intelligently. They need to understand it is rented business and, therefore, a poor method of building repeat patronage.  Promotion, therefore, should be used to generate incremental business only in periods of soft demand since promotions can result in either the dilution or displacement of revenue.

Dilution – This occurs when a company provides discounts to regular customers who were already prepared to purchase at the going rate.  These are generally those who have a strong or soft preference.  The risk is unnecessarily diluting its revenue during the promotional period.  This means a company will have to sell to more customers at a lower price to attain the equivalent level of revenue.

Displacement – This is substituting highly discounted and one-time-only promotional customers such as the neutrals for those with a strong or soft preference. The risk is that these displaced customers will be forced to take their premium business elsewhere.

Promotions, therefore, should be used wisely and judiciously. When they are used liberally, consumers become conditioned to promotional pricing levels which results in the loss of pricing integrity. 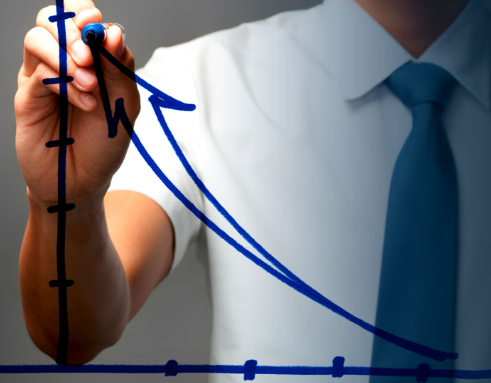