“We compete, not so much against an opponent, but against ourselves.”  –  Bud Wilkinson

The fiercest competitor for any organization should be itself.

Many companies become delusional as market leaders, believing competitors pose little threat to their incumbency. This complacency and arrogance makes a company vulnerable to be replaced or displaced by aggressive adversaries.

In April 2008, however, Myspace was overtaken by Facebook in the number of unique worldwide visitors.  In June 2009, Myspace employed approximately 1,600 workers, and two years later had reduced its staff to 200.

MySpace failed to compete with itself.

Competing with yourself is not an arbitrary or ad hoc activity.  Quite the contrary, it is a highly disciplined process.

Let’s look at each step in an effective process of learning to compete with yourself….

“Sometimes paranoia’s just having all the fact.”  –  William S. Burroughs

The first step is a situation analysis of what is happening in the marketplace and the industry.

What forces are at work? The trends? What are the implications, i.e. opportunities and threats to the enterprise moving forward?  Immediate? Near term?  Long term?  What are the key insights?

Progressive companies are  quick to jump to conclusions if the conclusion is an imminent opportunity or threat to the business.

For example, the printed book business has been declining over the years.  Just looking at this trend, one could conclude that people are reading fewer books.  Of course, we know that this is incorrect.  People are actually reading more, but have switched to e-books.

Bookstores were aware of the threat, but wrongly concluded it was not life threatening.  Quite the contrary, bookstores were put on the endangered species list and some have become extinct.  They failed to jump to conclusions.

“Think left and think right and think low and think high. Oh, the thinks you can think up if only you try!”  –  Dr. Seuss

Adaptation is about modifying behavior based on new or changing conditions.

Based on its analysis, an enterprise must develop and implement a – strategic plan – one that allows it to quickly exploit opportunities and thwart competitive threats.  This plan should be zero-based, i.e. not using the past as a template for the future because past success is no indicator of future success.

The following are brands/companies – that failed to adapt – Oldsmobile, Kodak, Polaroid, Rand-McNally, and Blockbuster name a few.  They failed to see the writing on the wall and adapt accordingly.

“Apparently ther is nothing that cannot happen today.”  –  Mark Twain

Adoption is commitment to change.

This is the most challenging for an organization because the tendency is to be risk-averse and gravitate back to the status quo. Adoption means that the entire organization must walk the new walk.  Great plans are for naught if the organization cannot rally the troops and get buy-in.

This is not about playing musical chairs, rearranging boxes on an org chart or putting on the equivalent of a fresh coat of paint.  Change has to be real change.  Commitment to the change must be embraced in a timely manner and pervasive throughout the organization.  Anything less could be fatal.

Newspapers and print publications, for example, have been losing readership for years.  It has been abundantly clear for some time that consumers were moving to digital sources for their news.

Despite the inevitable, news and print publications did not buy into the need to transition to digital until their readership has deteriorated to historically low levels.

In 2008, citing difficulties in competing with online news sources to provide unique news in a weekly publication – the magazine was given a design makeover.

Despite these moves, the negative trend worsened until, finally, after 80 years of publication, Newsweek announced it was ending its print edition at the end of 2012.

Newsweek was – more committed to the past than the future. The future prevailed.

“There is nothing so useless as doing efficiently that which should not be done at all.”  –  Peter Drucker

In a dynamic business environment, constant vigilance is imperative. Self-assessment is crucial because circumstances can change rapidly. It is not enough to be on plan or on budget.

Let’s assume, for example, that an advertising campaign is not producing the desired results. The ad agency defends itself by saying “you just need to be more patient and give it a little more time because the campaign tested well in focus groups and besides you have a lot invested in this to date.”

This is a self-serving assessment by the agency that created the campaign. If something is not working, tough decisions are required.  Wait and see is not an option and, more often than not, has expensive and costly implications.

An – insurgent, progressive company, on the other hand, makes honest assessments of its performance and decisively acts. It is impatient for positive outcomes.

In any dynamic situation, changes to the original game plan will, no doubt, be required.  It is critical that these changes be implemented assertively without delay. A quarterback, for example, calls an audible at the line of scrimmage to exploit the vulnerabilities of the defense he observes.  Before each play, he scans the defense and continues to make adjustments to keep the defense on the defensive.  It is a relentless process.In summary, these steps are a continuum – analyze, adapt, adopt, assess, adjust.  We like to call this our “stratactical method” to self-competition and objective assessment. 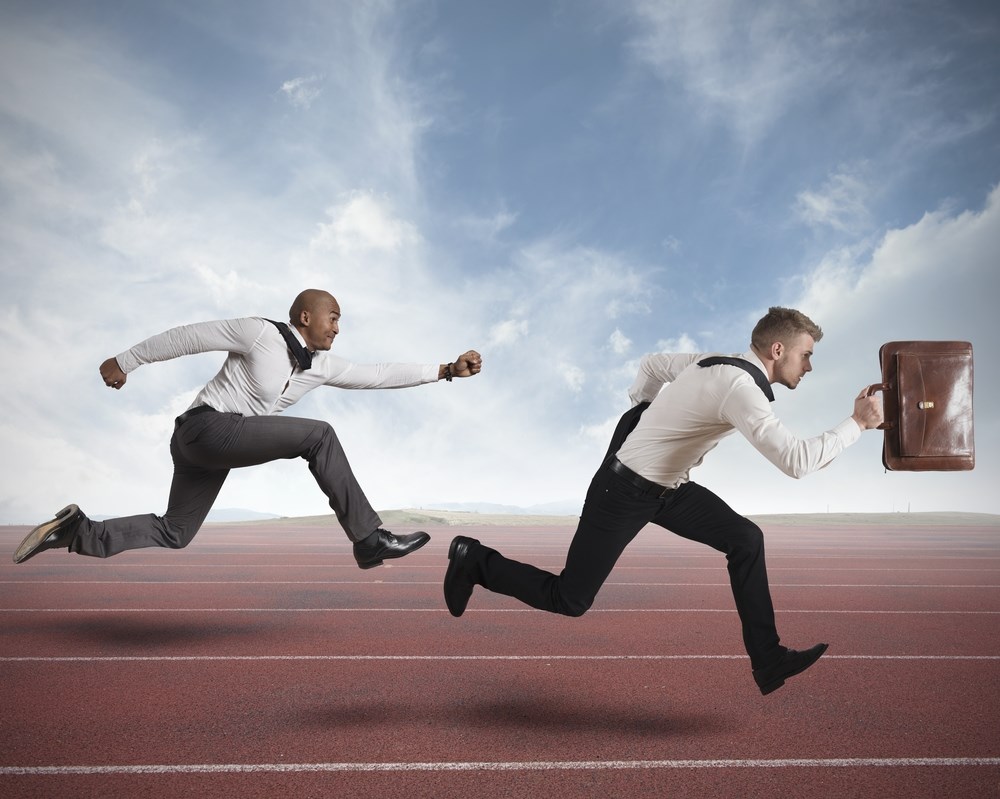