Insurgent organizations often take a market by surprise. They think and act differently than incumbent companies who are often the long time players in any given product/service category who play by traditional rules.

More than anything incumbent companies work to preserve the status quo and retain their current market share. Insurgent companies look for innovative ways to disrupt a category and make quantum leaps ahead of incumbent players….often before they even realize what has occurred!

The following are 10 characteristics of insurgent companies worthy of consideration by any company in today’s increasingly competitive marketplace:

1) Insurgent companies think the impossible and do the improbable.

“The common question that gets asked in business is, ‘why?’ That’s a good question, but an equally valid question is, ‘why not?’ ”- Jeff Bezos, Amazon founder

Others see the future in “whys”,  insurgents, see it as a series of “why not’s?

The world did not know, for example, it needed the automobile, the airplane, the personal computer, the internet, the cell phone, or any of the innovations which are now considered today’s necessities.  Each of these innovations changed the status quo of daily life – creating today’s new normal.  These innovations were the products of insurgents – those that said “there is a new and better way”.

2)   Insurgents believe winning is a culture.

“The other teams could make trouble for us if they win.” – Yogi Berra

To win, insurgents relentlessly seek new ways to exploit opportunities in the marketplace, as well as, the vulnerabilities of their competitors. Take Southwest Airlines –  This insurgent launched as a discount airline alternative to the incumbent legacy airlines touting low fares and great service. It created what is called “the Southwest effect” in markets it entered which forced incumbents in those markets to lower fares and reduce their profitability to compete.

Today, Southwest is the largest low cost airline in the U.S. and recognized as one of the most admired companies in the country.

Its success can be attributed to its insurgent business culture which continues today. Its “no-bag” and “no-change” fee programs, for example, are a direct challenge to incumbent airlines as are its low fares, point-to-point route system, and its legendary friendly service.  Southwest is clearly an insurgent culture of winning.

“Judge a man by his questions rather than his answers.” – Voltaire

Many companies too often suffer from the “Emperor’s New Clothes Syndrome”, i.e. there is a reluctance to ask the tough questions because of the fear of “rocking the boat”.  This results in the risk of corporate self-delusion.  Insurgents, on the other hand, ask the tough questions that challenge the accepted status quo. They seek to be objective in their internal and external market evaluations without regard for protecting the status quo or fear of rocking the internal political boat!

Insurgents believe that the shortest distance between thinking and doing is a decision.  Many companies, on the other hand, prevent their people from making tough decisions by deferring critical business decisions to either “higher-ups” or committees.

This has institutionalized terms like “I’ll have to get back to you”,  “I’ll have to take this to committee”,  “I’ll run this by the boss” or “this is above my pay grade”. This puts decisions in suspended animation as they are punted from inbox to inbox and meeting to meeting.

Since strategic business opportunities are perishable, most will die on the vine. Since threats are not, they are likely to fester if not challenged.

While others deliberate….insurgents are deliberate!

“Insanity ; doing the same thing over and over again and expecting different results.” – Albert Einstein

Insurgents support and embrace the things that work… and quickly and decisively pull the plug on things that don’t!

6) Insurgents have a streamlined, agile organization designed to learn and act quickly.

“An organization’s ability to learn, and translate that learning into rapid action, is the ultimate competitive advantage.” – Jack Welch

Insurgent companies have fewer layers in their organizational charts in order to be closer to the customer… where the revenue comes from.  There are fewer departments which promotes better communication. Their departments work symbiotically to achieve objectives.

There are no bureaucratic firewalls to impede cooperation, collaboration, and communication.  When an opportunity or threat surfaces, they quickly bring the necessary disciplines together to seek the best solution.

Insurgent companies know how to move with alacrity and decisiveness in order to win in the marketplace!

“A committee is a group that keeps minutes and loses hours.” –  Milton Berle

Committees are the waiting rooms of progress. Internal meetings are the speed bumps.  For each, the fewer the better.

Committees and meetings should expedite and not delay the company’s mission.  They consume valuable time and resources and, therefore, should be used wisely.

8)  Insurgent organizations have an entrepreneurial spirit.

“The entrepreneur always searches for change, responds to it, and exploits it as an opportunity.” – Peter Drucker

Insurgents view the world as a place of endless opportunities waiting to be exploited. They demonstrate confidence without being arrogant and show enthusiasm without being altruistic. They are the believers before there is consensus.

9)  Insurgents learn from success, but learn more from not succeeding.

They view discouragement as a flaw of the weak and determination as a strength of the successful. Failure is when you lose and quit.

Insurgent companies understand that not succeeding, however, is when you have setbacks and continue to persevere despite adversity!

10)   Insurgents change before they are forced to change.

More often than not, many companies do not change until they are forced to do so by finally accepting the inevitable.  It’s called survival mode.

Survival mode, however, is not sustainable.  It is not a substitute for real change. The U.S. auto industry learned this the hard way.  In the 1970’s, foreign imports, particularly from Japan, were gradually gaining market share from the Big Three automakers, GM, Ford, and Chrysler. This was due primarily to the Japanese building superior quality cars.

The Japanese automobile industry, since the 1950’s, had adopted the philosophy of quality espoused by W. Edwards Deming, an American statistician, professor, author, lecturer, and consultant. Deming is widely regarded as having had more impact upon Japanese manufacturing and business than any other individual not of Japanese heritage. Japan’s prestigious Deming Prize was created in his honor.

Beginning in the 1970’s, the American auto industry suffered from a reputation of poor quality particularly when compared to Japanese brands.  The industry chose to put “band-aids” on the problem rather than tackle the real problem, i.e. their manufacturing process was inferior.  The Japanese were making better cars at the same or lower prices to their American competitors.  Finally, they got the message but only after suffering billions of dollars in losses.

By 1986, employing Deming’s philosophy,  Ford had become the most profitable American auto company. For the first time since the 1920’s, its earnings had exceeded those of arch rival General Motors. Unfortunately, Ford made changes only after it was forced to do so as the result of massive losses directly attributable to the success of insurgent competitors.

The lesson is this – it is better to compete as an insurgent than compete against them.

Consider these 10 characteristics of insurgent companies and examine your own organization. The more you can find ways to act like and insurgent the more competitive you will be in the future! 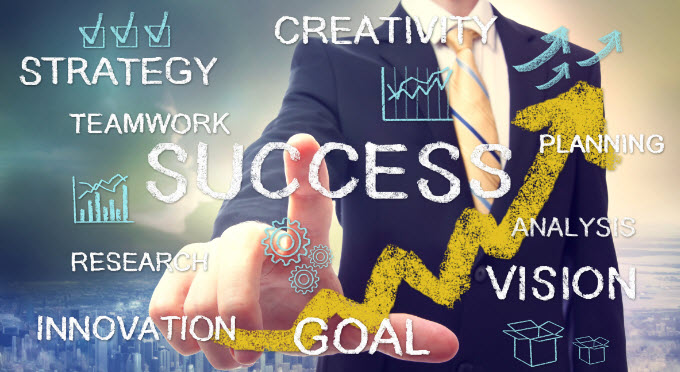